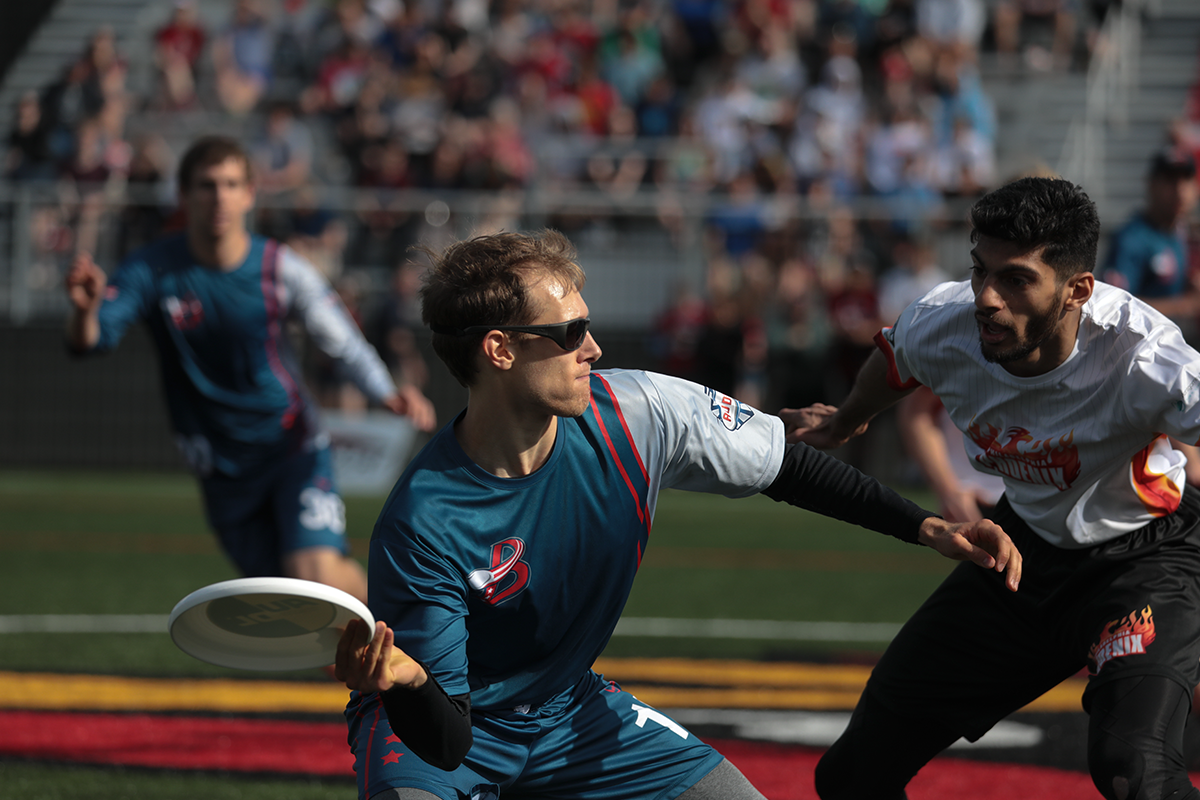 The DC Breeze took to the field for the first time Saturday at their brand new venue and emerged with their first victory of the season, a 20-18 triumph over the Philadelphia Phoenix. The win evened their record at 1-1 after last week’s opening road loss in New York.

One couldn’t have asked for a more beautiful day to kick off the new era at Carlini Field, Catholic University, and the fans showed up in big numbers to cheer on the Breeze. 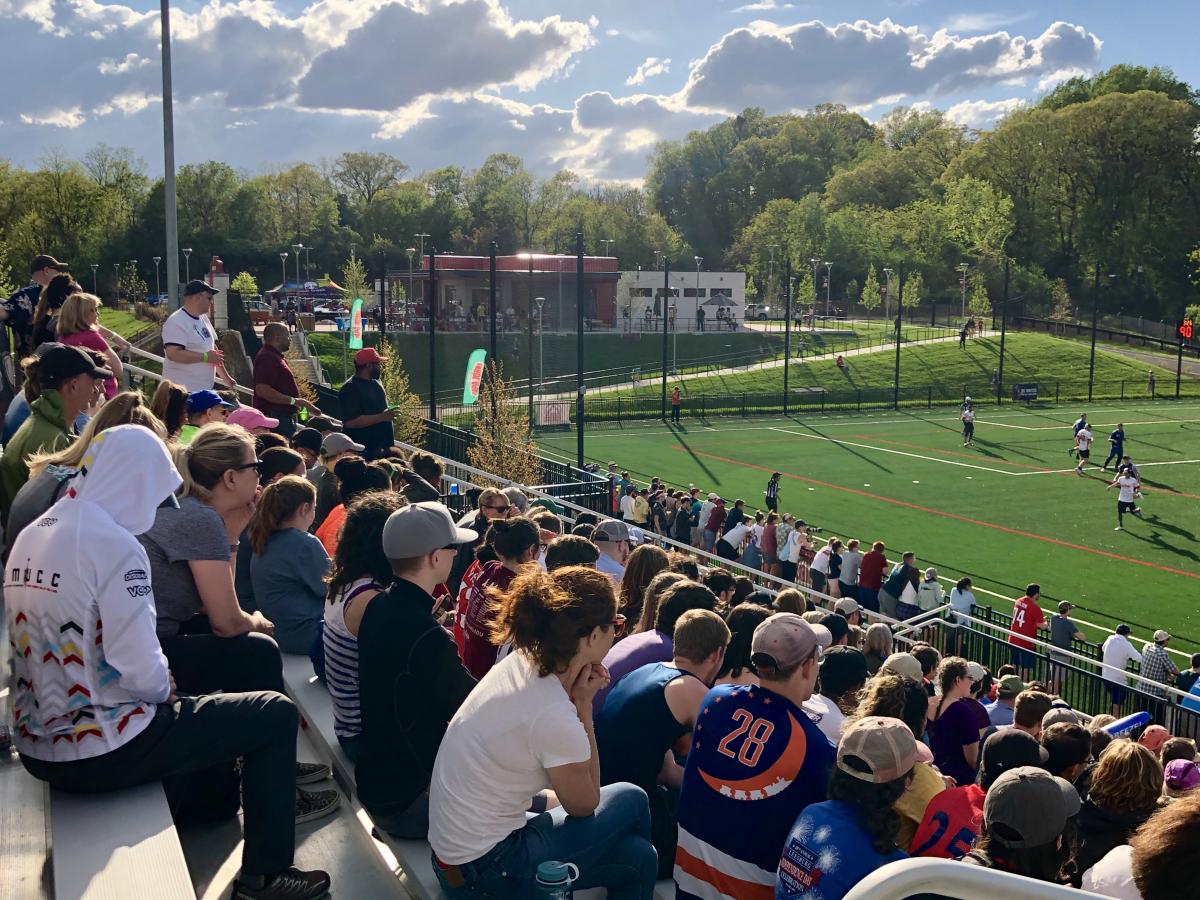 Although the sky was beautiful, gusty 12-18 mph winds were a factor on the field and caused multiple drops and out of bounds throws.

The game was tied 9-9 with 2.12 minutes left in the second quarter when the Breeze used their second and final timeout of the half. This led to some amazing back and forth movement between Cody Johnston and Matthew “Rowan” McDonnell to give The Breeze a 10-9 lead.

The true highlight of that quarter was Dane Warner's amazing layout in the end zone with only one second left to give The Breeze a 12-9 lead at halftime.

The 3rd quarter saw some impressive play by both sides. An amazing over the back D went to Warner. A huge up-wind huck thrown by Philadelphia’s Himalaya Mehta was ultimately blocked by Houston Parks.

At the end of the gme Matt Esser scored a goal with one second left in the game to bring the Phoenix to within one at 19-18. Philadelphia then intentionally rolled the pull out of bounds to pin the Breeze on the sideline, but the strategy backfired as Xavier Maxstadt found A.J. Merriman in the end zone to make it 20-18 Breeze as time expired. 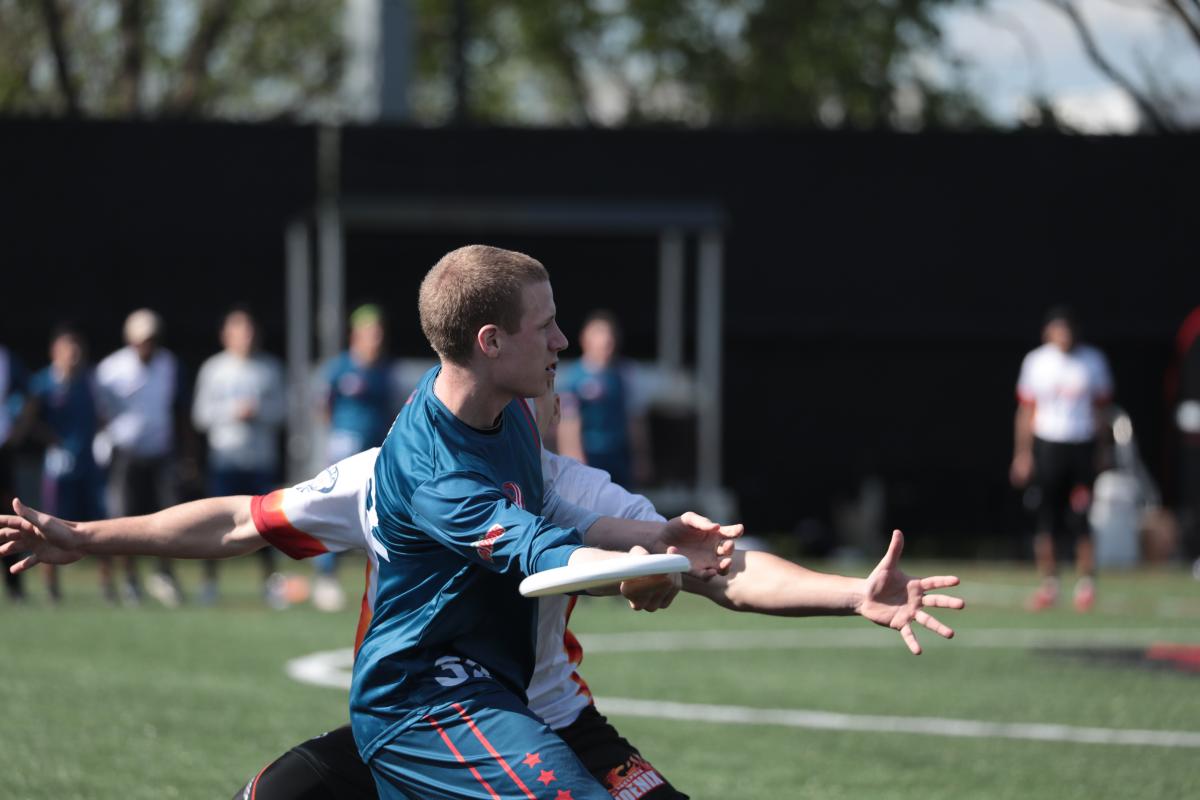 A rookie standout was Billy Sickles on the Phoenix. He was constantly open and getting a lot of good looks. This was his first game of the season, and he showed a lot of potential for Philadelphia.

Anthony McLean continued to be a playmaker early on in his “rookie” season. He last played for the Breeze in 2016 and 2015. McLean led the team in both goals and highest overall plus/minus at +6. Kyle Vezina led the Breeze defense with three blocks.

Himalaya Mehta led the Phoenix with five goals. Mike Arcata led Philadelphia with the highest plus/minus at +6, while Sickles got the most blocks at three.

This was a hard fought win for the Breeze, and they now look to carry the momentum through a bye weekend and into their next game, at home against the Ottawa Outlaws May 4.