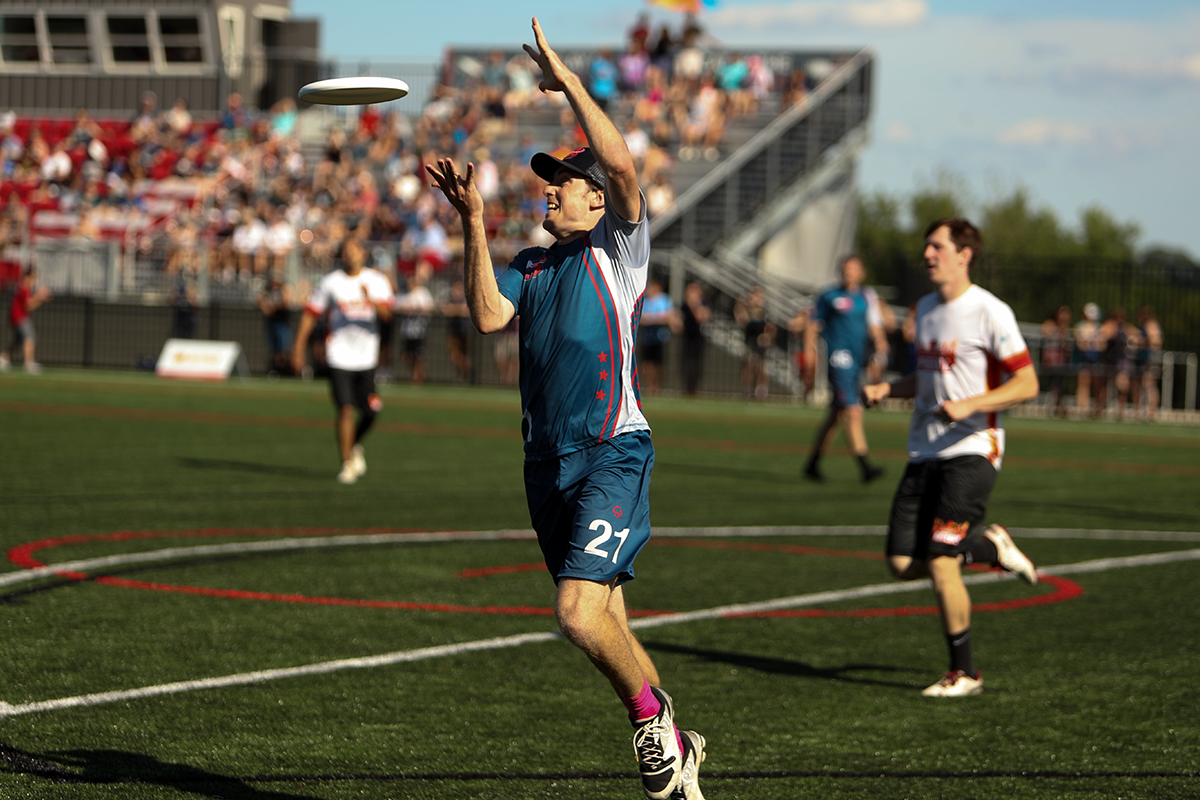 The DC Breeze wrapped up their regular season home schedule and earned a berth in the AUDL playoffs with a 21-18 win over the Philadelphia Phoenix at Carlini Field on Saturday. The Fan Appreciation Day win also secured a 3-0 series sweep for the Breeze this season over their closest geographic rivals.

DC (7-4) never trailed in the game as Rowan McDonnell led the offense with four goals. Nathan Prior had another solid performance as the primary handler, leading the team with 58 completions and tying for the team lead with three assists. Himalaya Mehta and Marc Sands combined for 10 goals for Philadelphia (2-6), but it wasn’t enough to keep up with the Breeze’s more balanced effort.

The teams traded holds for the first four points of the game before DC went on a 5-1 run to end the first quarter with a 7-3 advantage. While the Breeze never really broke away for a blowout victory, the kept the Phoenix at arm’s length for the rest of the game. The lead hovered between two and five points throughout the final three quarters.

The Breeze are now 5-1 at home this season. The possibility of a home playoff game still awaits, but for now, this is DC’s fourth straight year with a home winning percentage of .750 or higher and a postseason invitation. The Breeze are an outstanding 26-4 in the District over the past four seasons.

The victory was DC’s third straight, making it the team’s longest winning streak of the season. Although a playoff spot has been secured, the Breeze will need to stay hot in order to earn home-field advantage in the first round. After a bye week, the Breeze will journey to Toronto on July 6 to complete the regular season against the Toronto Rush, and the right to host the upcoming playoff meeting between the two teams will likely be on the line.