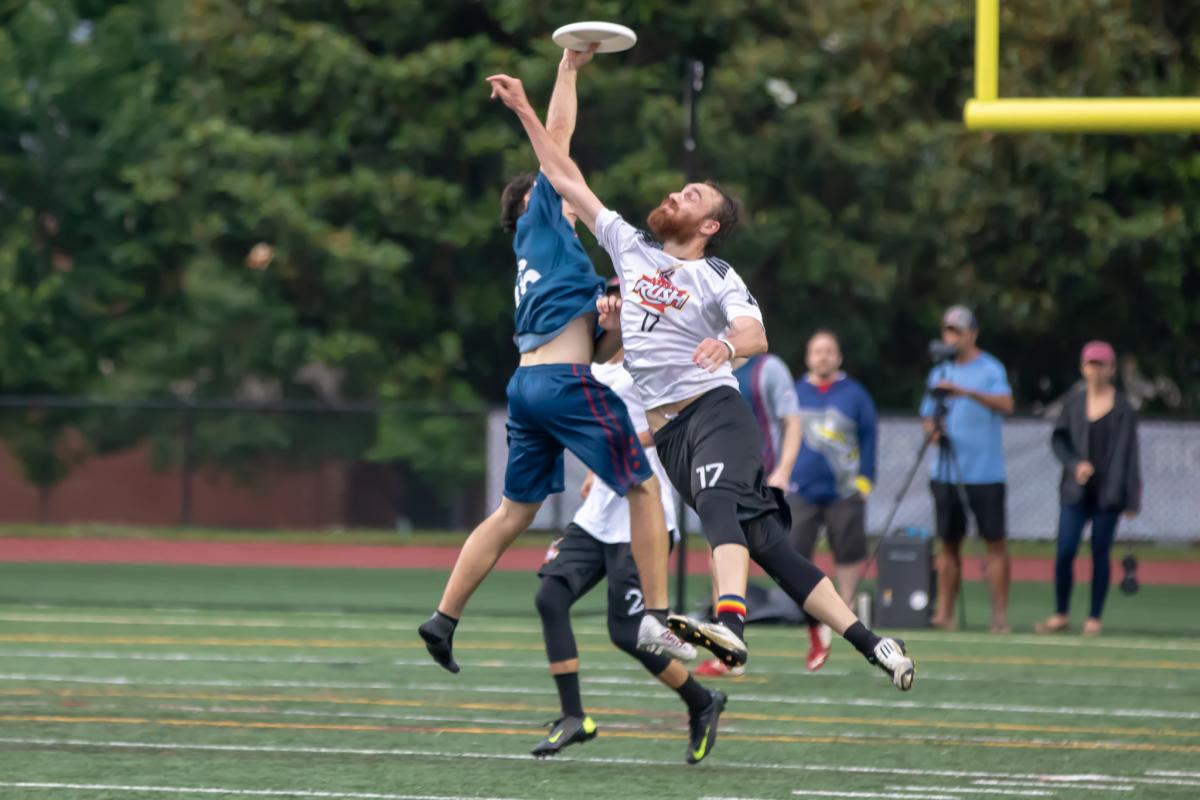 Single point games are intense. Every point has an added significance, mistakes are amplified, and oftentimes the fans get to see athletes in peak performance.

While Saturday’s contest between the Toronto Rush and DC Breeze did not look to be a one-point contest until very late, all of the above featured in the end.

Completing a four-point comeback, the Breeze were victorious over the Rush 25-24 in overtime.

This was the first time DC played an extra period in 2018, but this team is not afraid of that spotlight. Throughout the Breeze’s history, they have now ended regulation tied eight times. Two of the seven previous times were against Toronto, both in 2016, with the Rush victorious in each. Fortunately the mistakes for DC were in the opening moments, while Toronto’s were at the end this time.

On a drizzly afternoon at Cardinal Stadium, the Breeze erased the errors of past losses. As a squad, they completed 370 of their 393 attempts (94.1%) for the game. Twenty-two of those completions came on a single point.

Moments after taking the lead for the first time, the Breeze’s O-line had their first opportunity to hold for the lead since the opening point. Tied 21-21, the Breeze were on a 4-2 run. With the rain causing a fuss and the pressure all on DC, the O-line delivered. Not once on that point did DC turn over the disc. They threw 22 passes, and completed all 22. It took them 90 seconds to do so, but they got all seven players touching the disc when they punched it in with a Lloyd Blake score.

A break, with less than five minutes left would have surely left the Breeze in a hole, but as stated sometimes the highest pressure moments lead to the best performance.

Jeff Wodatch’s six goals paced the scoring on offense while Rowan McDonnell had another stellar, MVP-type outing. Still recovering from a minor hamstring injury, McDonnell settled into more of a handler role and amassed eight assists, two goals, 72/74 completions, and ended with a +8 plus/minus to lead the team in that most important category.

Although McDonnell threw away two passes, Nathan Prior and six others did not lose even one while attempting 10 or more throws. Prior led that group with a perfect 59-for-59 to go with four assists, and he has now completed 134 straight passes. His last throwaway was on May 12 against the Raleigh Flyers.

“Nate Prior, obviously, in this game was the most important offensive player. He just moved [the disc] everywhere we needed it to go and that was the biggest reason we lost so bad to Toronto last time, because we didn’t have Nate Prior,” Wodatch said. “He’s the center of the offense.”

Only Swift had multiple blocks in the game for DC, none bigger than his game-clincher.