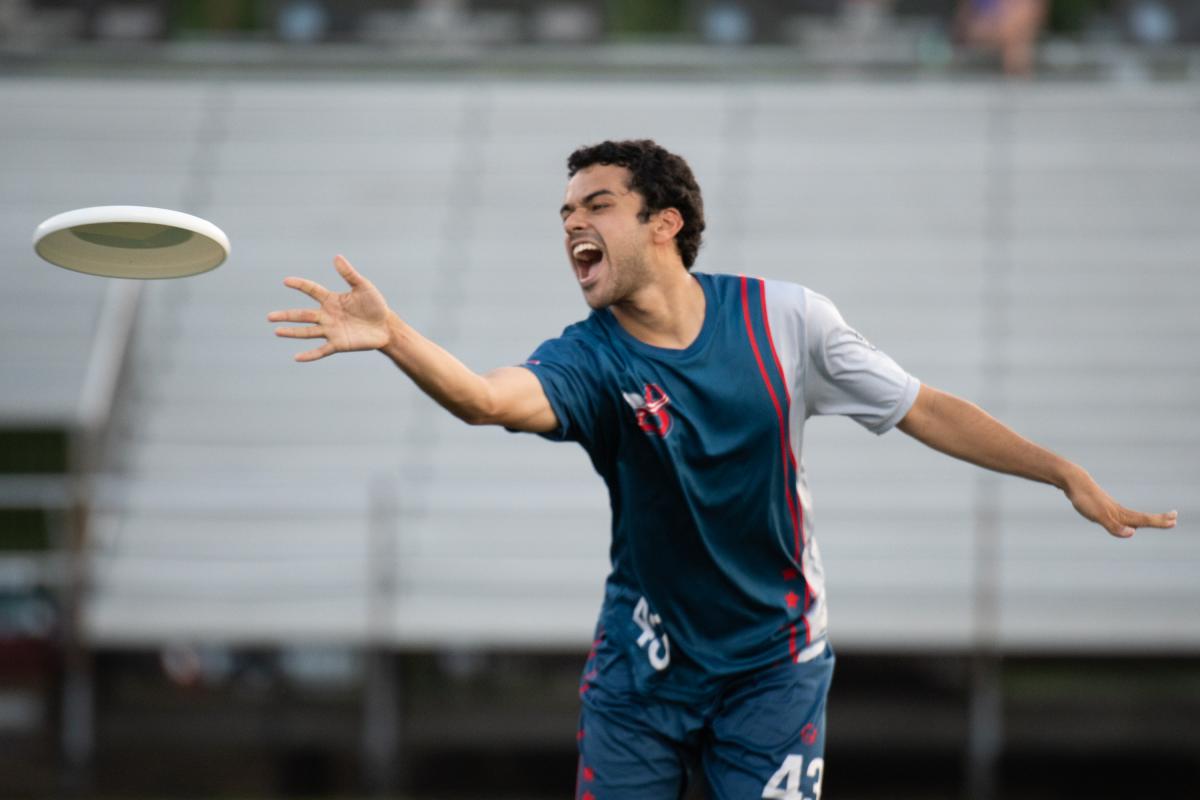 Christian Boxley is here ladies and gentlemen, and just at the right time.

Like the mist settling from a genie lamp, Boxley has appeared out of nowhere for the DC Breeze. Totaling six goals in Saturday’s win over the Philadelphia Phoenix, Boxley has led the team in goals in back-to-back contests.

In five career AUDL games, Boxley has 18 goals and four assists. That averages 3.6 goals per game.

Although one could make the argument that this rookie did not do much to affect a 25-15 final score line, Boxley immediately made a statement. Half of the 22-year-old’s goals were scored in the opening quarter of the game. The same quarter that saw the O-line hold on each serving opportunity, without even throwing a turnover, and take a commanding 10-3 lead.

Limiting throwaways is what essentially gave the Breeze the win on Saturday. As a team, there was only 11 times in the 339 attempts where DC gave up the disc via a throwaway. For the opponents they had 20 with 296 attempts.

On the offensive line, they were even better. Nine of the O-line’s 15 points were perfect. There was not a single turnover that gave the Phoenix even an opportunity to score. That is an extremely high rate.

Boxley was not the only one scoring in bunches for DC. Delrico Johnson reeled in five goals and Joe Richards had four. Unlike many of the other contests, DC only had eight players find the endzone against Philadelphia.

Having to slide back into a hybrid-handler, Matthew ‘Rowan’ McDonnell was kept out of the endzone, but managed to find a teammate six times for a goal. Also, with McDonnell nursing a hamstring injury there is less cutting from the current AUDL MVP candidate.