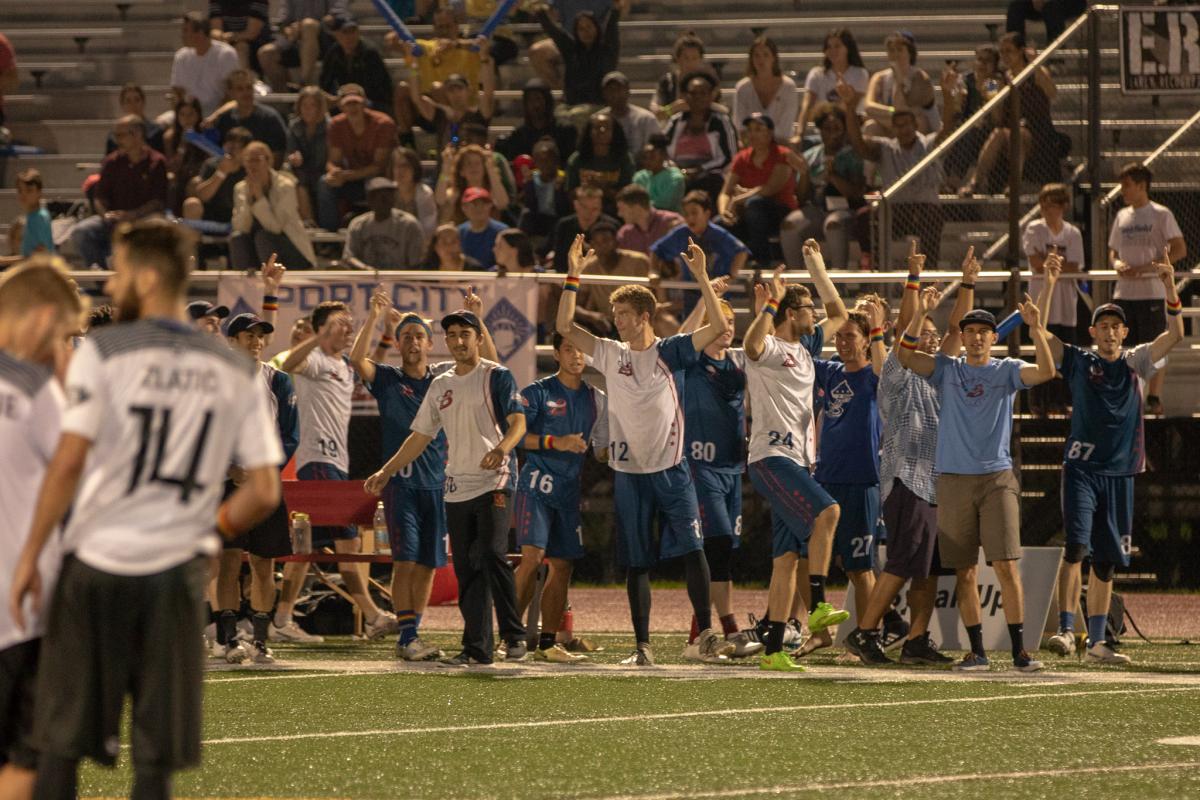 Pacing up and down the sideline as the winning coach of a runaway contest is not the typical demeanor of a head coach on any level of sports.

The Saturday, May 26th Breeze victory over the New York Empire was not any ordinary game for John Agan, though. It was the first time that Agan had ever stepped on to an AUDL field as a head coach, filling in for DC Breeze head coach Darryl Stanley.

“John was just pulled in for this one game,” Stanley said. “I wanted someone who was familiar with my style and the team’s style from last season. I wanted someone with DC Breeze experience and someone who had as much familiarity with the players as possible. John brings all that.”

There was no reason for John Agan to be nervous about the role. After all, he played in 23 games in his two-year AUDL career, including two postseason contests. Agan had more experience on the field than half of the guys on the roster he was coaching.

Under his leadership, the team took firm control of the game early reaching a 6-1 advantage, and held on to the lead throughout the entire contest.

“[The start] definitely helped with our confidence,” Agan said. “We were certainly ready for whatever the [defense] was giving to us and whatever the D-line had open, we were going to take.”

So the early weight was off of his shoulders in his coaching debut. He was succeeding, propelling DC to an easy win, something that has been hard to come by in 2018. Still, the 34-year-old could not stop walking up and down the sideline.

That does not sound like the mindset of a one-game fill-in. That is the mentality of a coach, a committed one at that, and one that did not want to fail in his first stint at the helm of the Breeze.

Needless to say he did not fail, as the team cruised to a 29-21 victory over the Empire. It was a win that, when it is all said and done, could be the reason for a postseason berth for DC.

“Agan was vocal, authoritative when he needed to be. He was prepared, we sat down and had a meeting on Friday, so all the things you want from a substitute coach; preparation, energy, he was super excited.  He just did a great job. He didn’t miss,” team captain Matthew ‘Rowan’ McDonnell said.

So again, why the pacing?

Well as coaches know, there is no rest time. No lead is safe, and there are always opportunities to learn.

Agan was simply doing his job as he knew it; a one-on-one, taking a player aside to discuss the game style of the coach. And as far as that late Saturday evening was concerned, that is exactly what the Breeze needed.

Agan’s performance on this particular evening could just be the stepping stone for a future role as an AUDL coach.

“John is well-practiced leader in my opinion. He has head coach written all over him if that is something that he is able and willing to do in the future,” Stanley said.

But before we get ahead of ourselves, the humbling Agan wants to make sure that we are all on the same wavelength.

“I always love rooting for the Breeze and coming out and supporting this franchise,” Agan said. “I’m going to take this night as it was and we’ll see where it goes from here. I’m hoping to really support this team for the rest of the season, likely from the stands.”