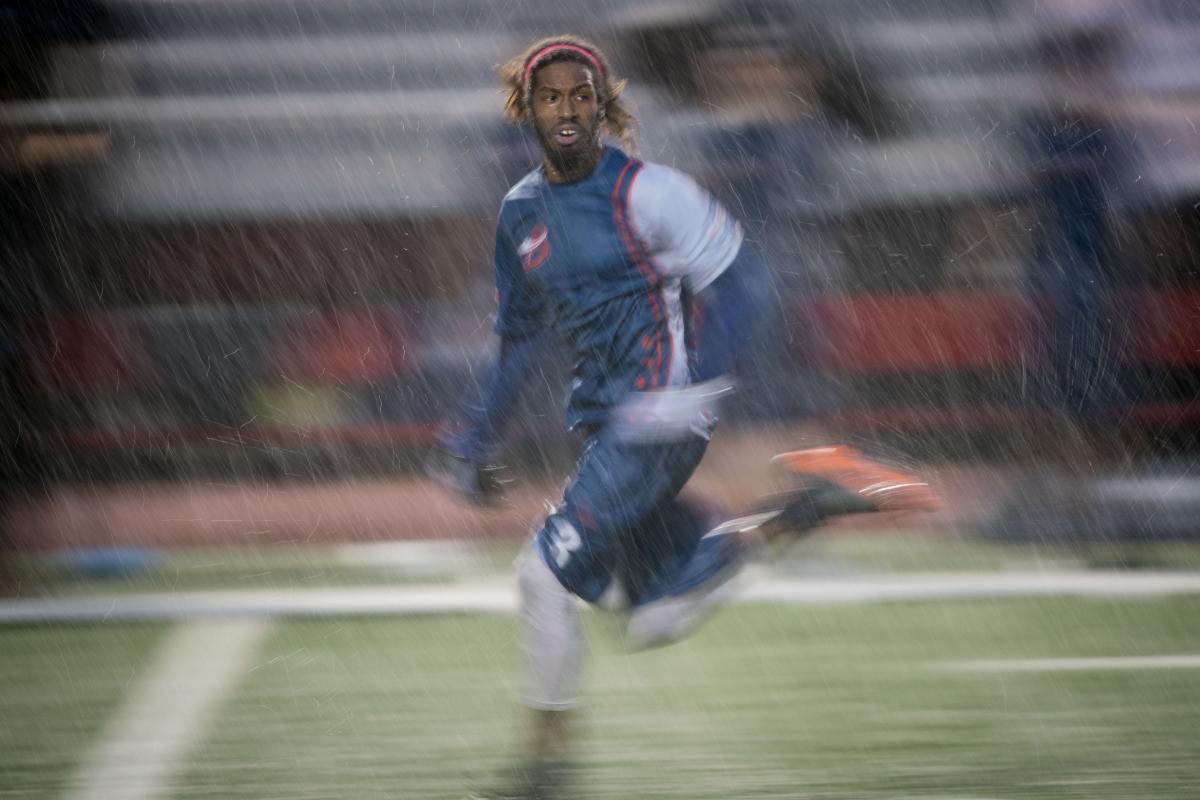 It was a wet and sloppy night as the DC Breeze fell to the New York Empire in the first round of the AUDL playoffs, 19-15.

The turf field at Cardinal Stadium became a swimming pool as the monsoon type weather unleashed its fury throughout the game. The high winds and pounding rain caused most pulls to fall short of midfield as the disc got caught up in the wind time and again.

The first quarter had plenty of goals despite the weather as a combined 15 were scored with DC (8-6-1) holding an 8-7 lead. This would be the last time that the Breeze would have the lead in the contest, as DC was outbroken 5-2 by the Empire (9-6) D-Line on the night.

Both Breeze breaks came back-to-back from the hands of Xavier Maxstadt at the end of the first quarter. New York’s upwind breaks were the turning point in the contest, however, as the Empire moved the disc up the field effectively against the wind. DC was then forced to go against the wind on the next point and couldn’t get it done, allowing New York to string together back-to-back breaks. The Empire started the second quarter with two breaks in a row and then added two more in a row late in the third quarter.

The story of the second half was not the back-to-back breaks, though; it was the scoreless fourth quarter. The strong storms caused the disc to become very slippery and hard to handle. DC also began to force the disc down field with no cutters in the area.

Delrico Johnson led the Breeze with a third of the goals scored, five, and he added an assist and a block. Johnson had a career high 36 goals scored and 23 assists this season for the Breeze.

Matthew “Rowan” McDonnell had a team-high five assists against New York. McDonnell had a career season with the Breeze as he tallied 38 goals and 47 assists in only 10 games played.

New York will travel to face the Toronto Rush next weekend in the AUDL East division final. DC’s 2018 campaign ends with only its second home loss of the season