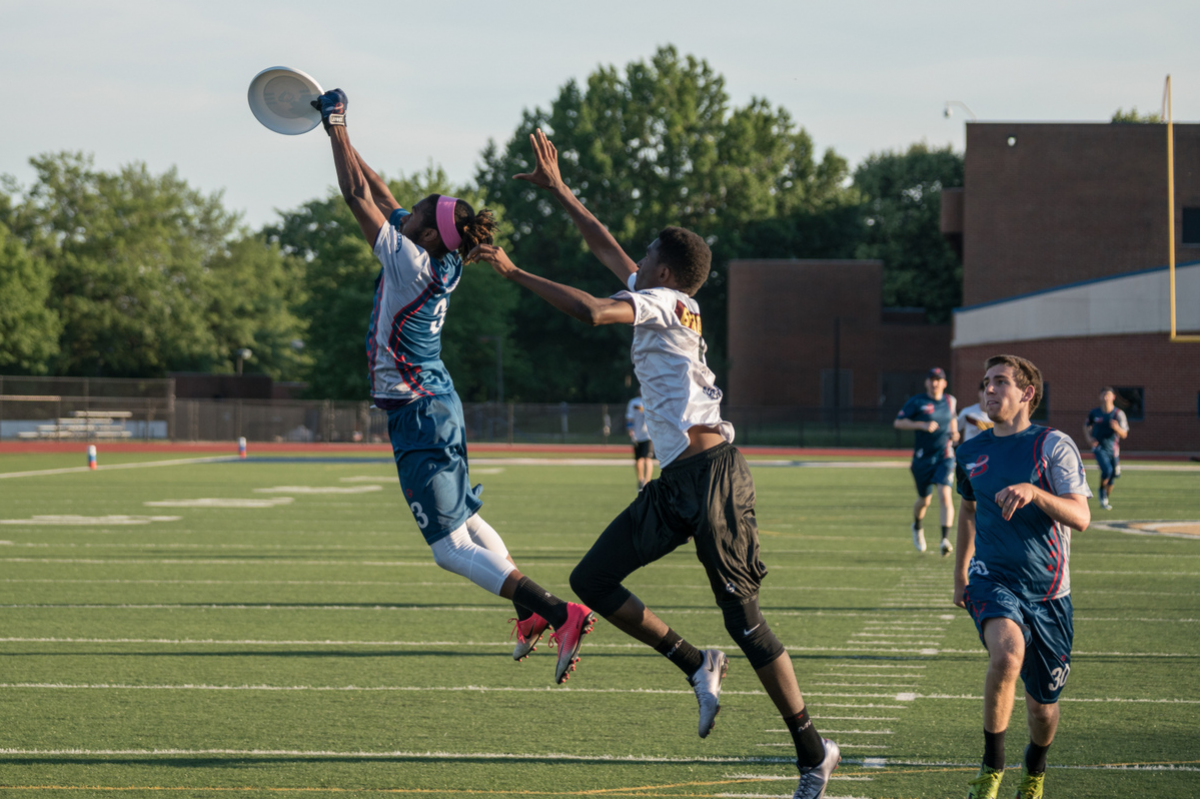 The DC Breeze (1-1) will travel to Philadelphia on Saturday to tango with East Division foe Philadelphia Phoenix (1-1) in search of their second straight win.

DC is coming off a seven-point victory over the Ottawa Outlaws (0-2) this past Sunday. The win over Ottawa moved the Breeze into a crowded place in the Eastern division as they are in a four-way tie for second. The date with Philadelphia will be pivotal as the winner will break the tie.

“I think they're different than last year and that showed with their close game to Toronto and their win over Montréal,” said Delrico Johnson. “It's another chance for our bond to grow and expand on our successes we had on Sunday, and another opportunity to limit our turns and bad decision making.”

The Breeze and Phoenix played each other three times last year, and DC came out on top in two of the three contests. DC went 1-1 on the road against Philadelphia and 1-0 in the District.

Philadelphia has held their own so far this season, as they fell in their opener to the division leading Toronto Rush (3-0) by only one goal and then defeated the Montréal Royal (1-1) by five goals last Saturday. The matchup will provide a litmus test for DC as they battle a well rounded and competitive Phoenix team.

“Philadelphia is very revamped, picking up some of my favorite younger players in the Philadelphia area like Himalaya Mehta, and returning Phoenix alumni Nick Patel, Ethan Peck, Ethan Fortin, Ryan Weaver,” said Breeze head coach Darryl Stanley. I think we know how good they’ve been at home this year and we’ll just have to work to limit the output of those guys.”

DC is coming off a 26-19 win over Ottawa where the D-line added 11 pivotal breaks in the rout. Leading the D-line was Johnson with three blocks, and he also added two goals while on the D-line.

“The D line definitely stepped up last weekend, and that started with us being able to run a clean offense when the disc was turned,” said Johnson. “The D's will be there, it's whether or not we have that extra gear to get the breaks.”

The 11 breaks were up from five in the week before against Montréal, when the Breeze were outscored on breaks 8-5.

“The D-Line’s performance really helped us when you consider that the O-line was missing several of the week 1 starters like Max Cassell, Jeff Wodatch and Zach Norrbom. When the D-Line scores at a high level it takes a lot of pressure off the O-Line,” said Stanley. “I don’t think you can count on getting 11 breaks every single week, but I think that this group of D-Line players has the potential to score in bunches.”

The Breeze will be without Matthew “Rowan” McDonnell this week in Philadelphia, as he is not making the trip with the team. McDonnell has scored 10 goals and accounted for 10 assists this season through the first two games and has a +23 plus-minus, third best in the entire AUDL.

“His numbers are unbelievable right now, 70 passes with only one incompletion and 10 assists to go along with 10 goals and 6 blocks in two games played. What impresses me is his motor to keep us pushing forward. This is his time to shine and put his stamp on this league and this team,” said Stanley.

Leading the way for Philadelphia this season is Ethan Peck with eight goals and 11 assists through the first two games. Peck returns to the Phoenix after not playing in the AUDL since 2015.  Peck scored eight goals and had 38 assists in 10 games that season.

“Ethan is a great initiating player with a cannon, who is great at picking his shots. We’ll have to find a way to get him out of his comfort zone and his favorite spaces and looks,” said Stanley.