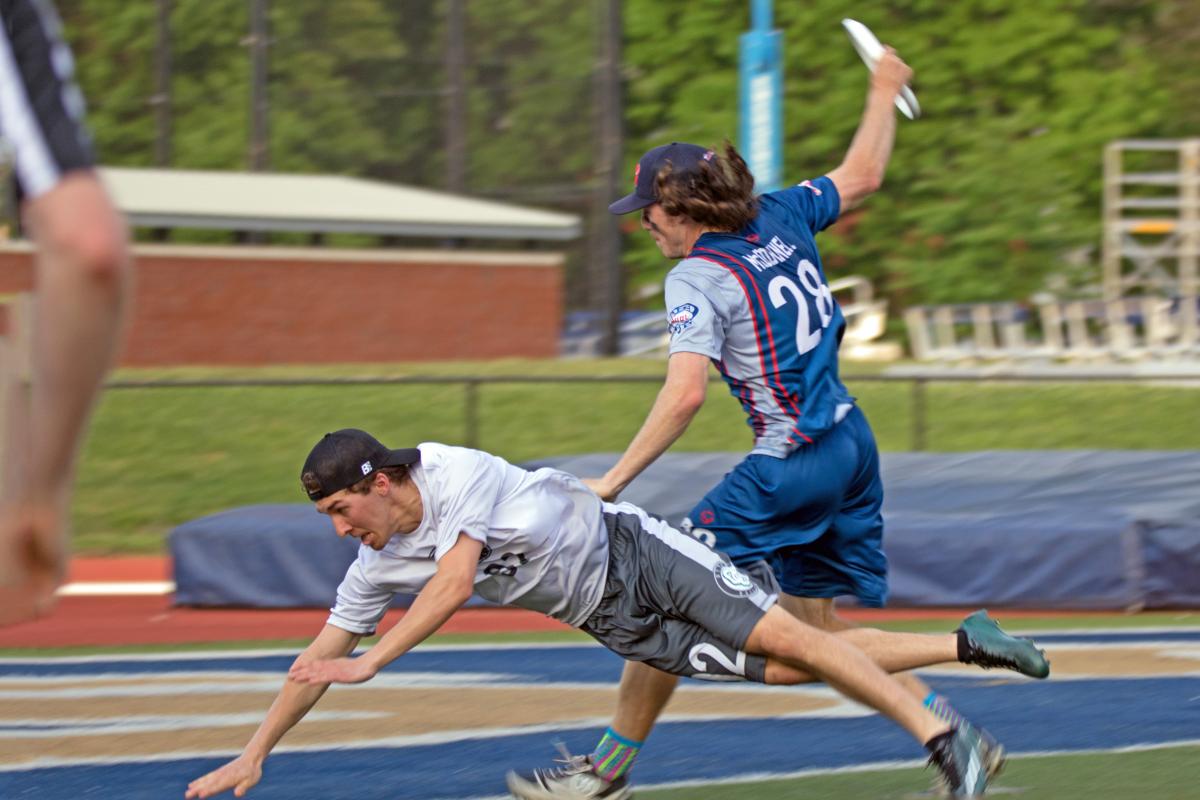 The DC Breeze (0-1) look to rebound from their season opening loss as they face off against the Ottawa Outlaws (0-0) in “The Battle of the Capitals” at Catholic University Sunday afternoon.

DC fell to the Montreal Royal (1-0), 24-22, at home on April 7 for the first Breeze home loss in 714 consecutive days. The Breeze take on an eastern division opponent for the second straight game to start the season.

The weather will be friendlier to the Breeze than the frigid conditions against Montreal, as the temperatures will be in the 60s at first pull.

The Breeze swept the Outlaws last season, including a 29-24 win in the nation’s capital. Ottawa only won two games last season, finishing 2-12. Ottawa has not yet played a game this season after having the first two weeks off. They debut their 2018 campaign in New York against the New York Empire (0-1) before traveling to the District on Sunday.

Cutter Alec Arsenault led the Outlaws last year as he scored 60 goals in the 2017 season. He also had 21 assists and seven blocks for Ottawa.

“We've got more than a few match ups who'll be able to push Alec under and away from the disc,” said Brad Scott. “I'm not overly concerned with any one person on Ottawa. As long as we play solid team defense and are on the same page with the formations we're running, I'm confident we'll do alright.”

Leading the way for the Breeze last week was Rowan McDonnell, who accounted for four goals and five assists. McDonnell also tallied four blocks and went 43-for-44 passing the disc.

Scott returned to AUDL action against Montreal after missing the entire 2017 season due to injury. He accounted for two goals and one assist against the Royal.

“It was a bummer to lose [to Montreal], but I was ecstatic coming out of that game,” said Scott. “My body had been feeling good in the gym and at practices, but this was the first game back. I was a bit nervous that something wouldn't hold up, but I felt great!”

The Breeze will need to make some defensive adjustments after allowing 24 goals to Montreal in their previous game. “We had some communication breakdowns on what defensive sets we were running in the beginning of the game, but were able to generate a fair number of turns with a force middle set,” said Scott. “Looking to Ottawa we'll be more focused on pressuring under cuts and keeping tighter proximity to our person. It's maintaining our cool and punching in the break that was the struggle against Montreal.”

DC will host the Outlaws on Sunday afternoon at 1pm at their new, friendly confines of Catholic University.