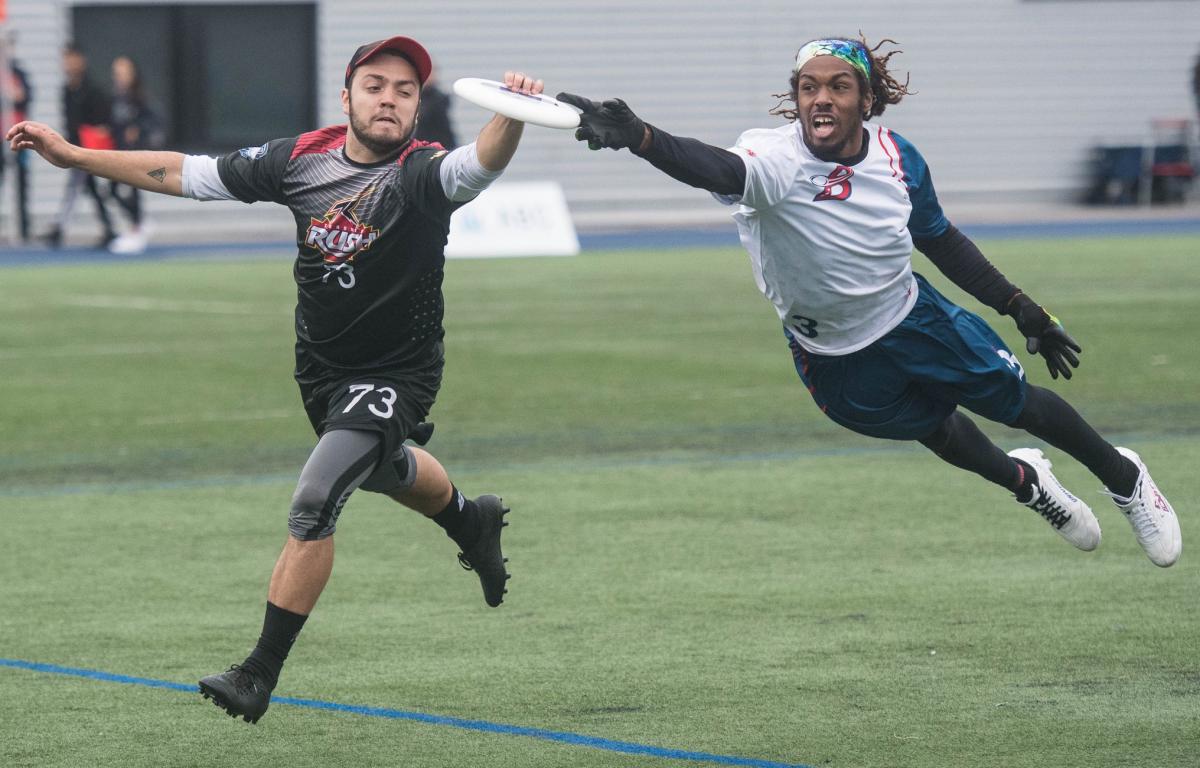 The DC Breeze (2-4-1) returned home after falling to get a win in Canada this past weekend, falling to both the Toronto Rush (6-0) and the Montréal Royal (3-3).

DC took on Toronto on Saturday night in the first of three regular season meetings this year between the division rivals. The Breeze fell behind early and then stormed back to take a 6-4 lead in the first quarter. That would be the first and last time the Breeze would lead, as the Rush went up 21-13 at one point on the way to a 33-20 home victory.

Leading the scoring for the Breeze were Jeff Wodatch and Matthew “Rowan” McDonnell, who scored three goals apiece. McDonnell has been the leading scorer in all the games he has played in this season.

Rhys Bergeron scored two goals in Toronto in his Breeze debut now that the Virginia Tech season is over. He also finished with a 100 percent completion rate.

McDonnell also led the Breeze with three assists in Toronto along with Austin Bartenstein and Lloyd Blake who also had three.

The Breeze then traveled to Montréal to take on the Royal for the second time this season. DC fell in another one goal game as the Royal won 21-20, completing a season sweep against the Breeze.

Wodatch and McDonnell again led the Breeze in goals, this time with four apiece. They combined for 14 goals through the weekend in Canada.

McDonnell also led the Breeze in assists in Montréal with six. Xavier Maxstadt had four assists Sunday in Quebec.

With the seven-goal combined performance over the weekend, McDonnell moved into second place in the AUDL standings with 32 goals this season. He trails Cameron Brock of Indianapolis, who has 33.

DC fell to fifth place in the AUDL East after the two losses. Toronto remains on top of the division, and Montréal now sits in third place.