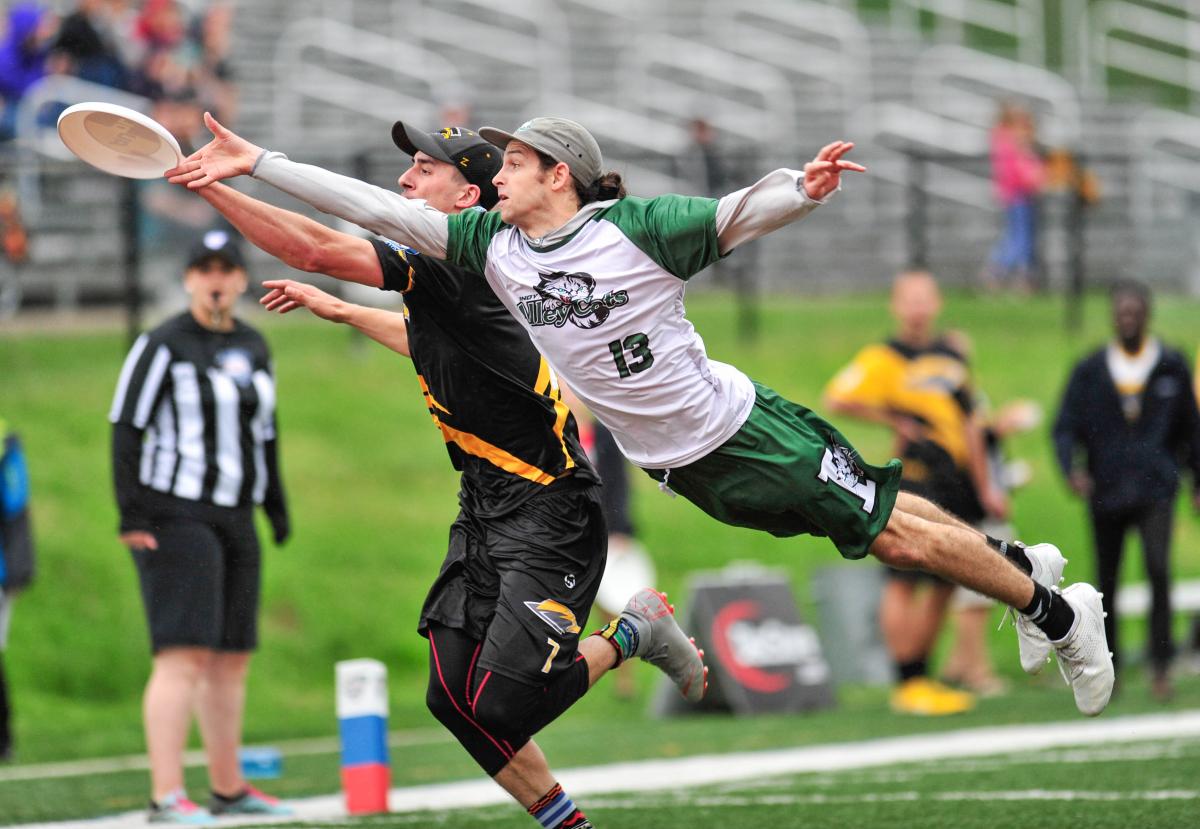 In a big win over the Pittsburgh Thunderbirds this weekend, the Indianapolis AlleyCats helped clear up the playoff picture just a little bit more. In true Cardiac Cats fashion, the later in the game it got, the better they seemed to play. Nick Hutton, making a case for player of the game, was all over the disc in the second half, coming up with all three of his takeaways after the midway point. Hutton also had himself in good position early in the game for a chance at a callahan, and it was with that kind of pressure that he was able to keep up all game long. Over the last couple of games, Hutton has really returned to form, posting nine blocks in the last five games including big plays and bids all over the field. This weekend also featured very smooth o-line play from the AlleyCats, allowing only five blocks by a Thunderbirds team that averages over 10 per game. It was due to a lot of high percentage passes and patience that Indy was able to maintain the disc for long stretches in the game, working forward only when the defensive holes opened up. More than once though Rick Gross found himself all alone for a score due to miscommunication, and on those occasions the AlleyCats were able to fire away and convert. Gross finished with five goals and again tied Cam Brock, who grabbed four of his own, for the team lead with 36.

The Thunderbirds played a very tough 48 minutes and challenged Indy for much of the game; never letting up late into the final minutes. Pittsburgh had taken the lead heading into halftime on a fantastic hail mary throw by Sam VanDusen, which found the pile of players right at the goal line. After, Travis Carpenter was able to get a hand on the disc to tip it away, Anson Reppermund was patrolling the back line and in close enough position to layout for the catch. It was great discipline by Reppermund to not get involved in the mass of players and keep his eyes on the disc off the deflection. That play gave the one point advantage to the home team after the two squads had played very even ultimate through the first two periods. The game was so balanced that both teams had even recorded two breaks and two blocks a piece to that point.

In the second half, the defense for Indianapolis tightened up and took control of the game. The third quarter featured all three of Hutton’s blocks, each of which led to a score, and in the fourth quarter the Cats also converted their break chance after a Conner Henderson takeaway. Pittsburgh managed only one break in the second half, with the AlleyCats playing the airtight offense that Carpenter talked about on the AlleyChat. They committed only three turnovers after the midway point and Keenan Plew and Brett Matzuka combined to go 107-for-107 passing with six assists on the night. It will be that kind of stinginess that the Cats will need to continue to play with moving forward to the next two games, as well as the playoffs. On the receiving end, Gross and Levi Jacobs both hauled in five scores, but 11 total Cats found paydirt in what was a total team effort. The defense managed only seven blocks this weekend, but the pressure around the disc was very consistent and the conversion rate was phenomenal. The only block that was not converted for a score was a last second attempt in the first quarter that Brock was able to swat out of the air shy of the goal line. One thing that the T-birds seemed to find success with, in a similar fashion to Minnesota last week, was the deep shot. It was not uncommon for guys to break deep from the stack and find themselves with space in front to catch. It was surprising due to the game being outdoors at JC Stone Field, and it will need to be a point of emphasis for the defense to scheme out of the remaining games at Grand Sports Park.

Indy now sits tied atop the division with the Chicago Wildfire at 7-3, who swept their weekend over the Madison Radicals and Detroit Mechanix. Both teams are locked into the playoffs. Behind them are Pittsburgh (5-4) and the Minnesota Wind Chill (6-5) who both still are in contention for the last playoff spot while Madison and Detroit have been eliminated. The upcoming game for Indianapolis comes next week at home against Chicago and is the Week 14 Game of the Week on Stadium. The winner of that game will take home an 8-3 record and a home playoff game. It will be must-see Midwest action, so clear your Saturday night!

Also make sure to look for the next episode of The AlleyChat this week! This week’s guest will be John Jones, the Deacon of Defense! 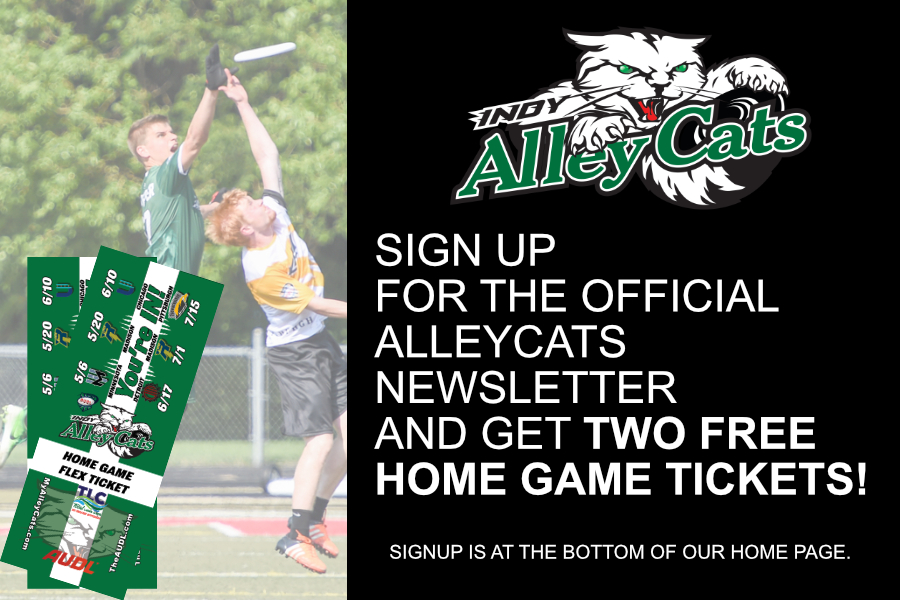